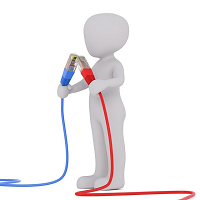 I have recently had an update from Airband which is, as they usually are, disappointing. Despite having virtually all the above ground wiring in place, undertaken early in the summer, they have encountered some further problems where the contracting works have not been completed correctly, and some have had to be re-commissioned. There also seems to have been a de-prioritisation of this project versus others by Connecting Devon & Somerset (CDS) which I suspect is budgetary. The upshot off this is that Airband are now scheduling completion of the service and go live in April/May 2023. To say this is frustrating…now a delay of around two years from early 2021…is a gross understatement. I have communicated this to CDS and Airband.

I noted Mandy’s update about BT offering Superfast Broadband in the village. I have just checked for our postcode at Dean Farm and they are still only offering the existing speed of 3-5MB…but it might be different for other parts of the village. It might be worth checking individually.

I will provide any further news when I get it.