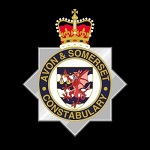 Our campaign is here with support from @ourwatch to help you learn the signs to spot if it’s happening in your area, the best tips on how to protect your vehicle from becoming an easy target, and as always our charity is here to give you a 100 per cent anonymous way to speak up with any information you have that could put a stop to it. Call 0800 555 111 or head online to learn more at Crimestoppers.

Organised criminals can remove catalytic converters from under a vehicle in a matter of minutes.

Catalytic converters contain precious metals such as rhodium, platinum and palladium which ‘clean’ exhaust gases. The sharp rise in the value of these metals over recent years has driven up the rate of catalytic converter theft. Palladium is currently more valuable than gold, meaning that a catalytic converter can sell for more than £500 on the black market.

If you have information on those behind catalytic converter theft, contact us 100 per cent anonymously.

Catalytic converter theft is a crime and leaves drivers with an average replacement bill of £1,300. In some cases, the vehicle may even be written off by the damage caused by thieves sawing converters from the exhaust. This crime can also cause immense stress and anxiety to victims, with some drivers being repeatedly targeted.

If you are approached to buy catalytic converters which you suspect may be stolen, you can contact us 100 per cent anonymously to tell us what you know. We don’t need to know your name, just as much information as you can give us, such as the whereabouts of the criminals and who they are selling the metal to.